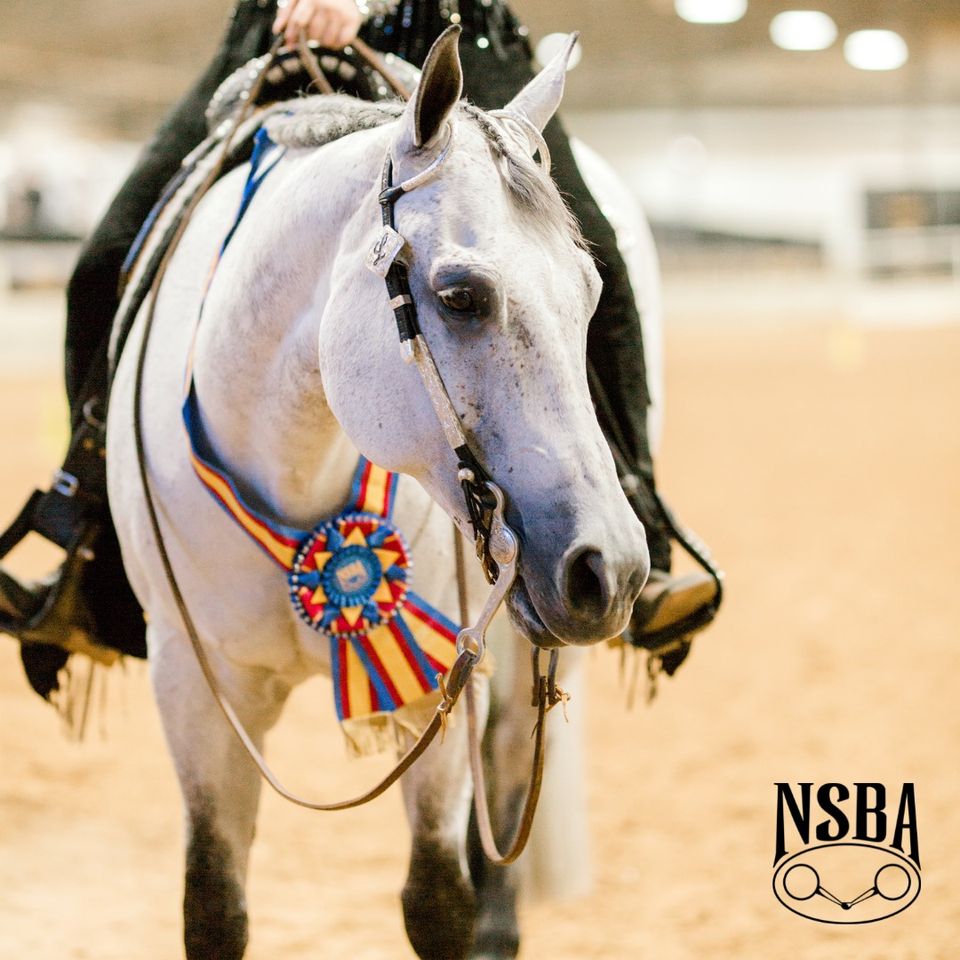 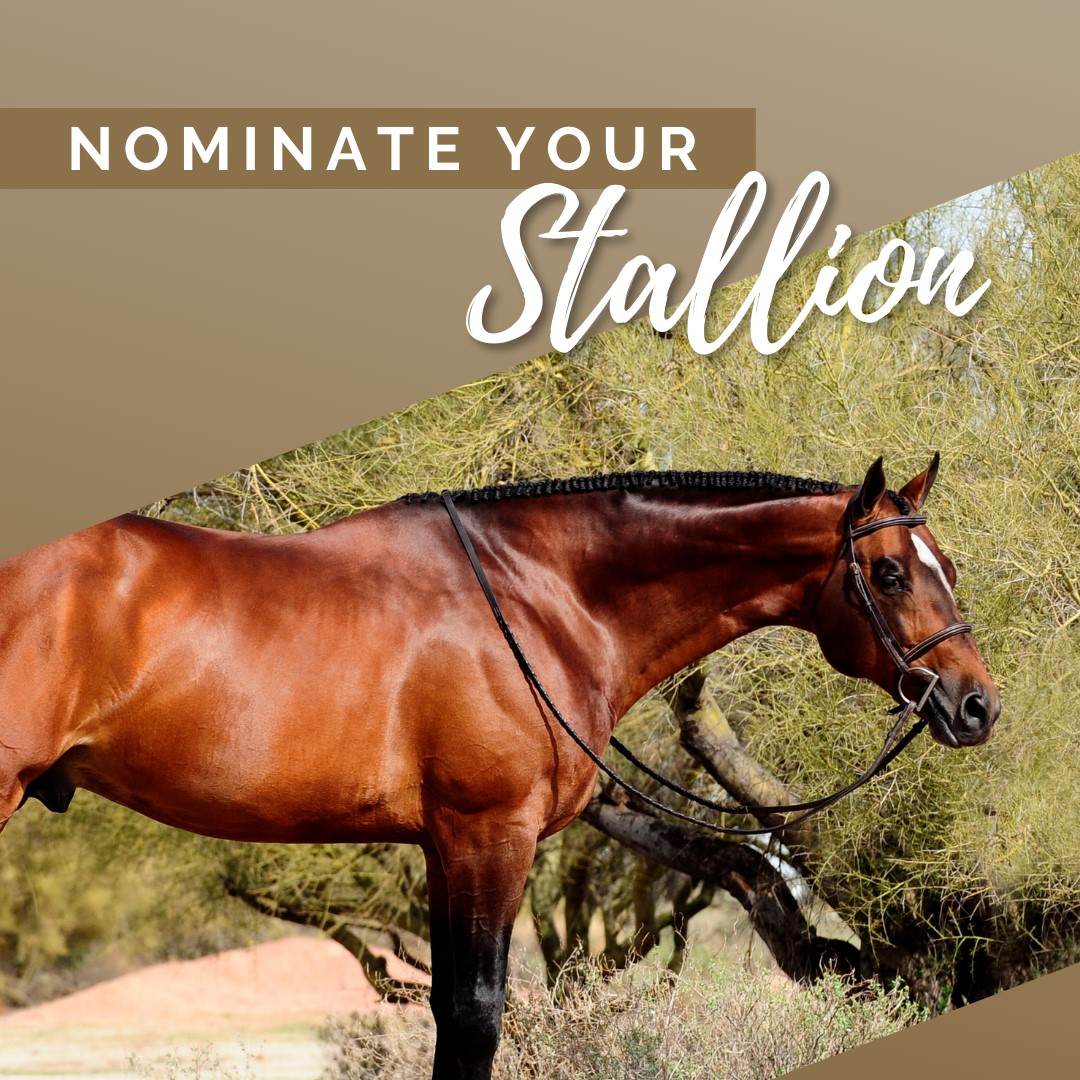 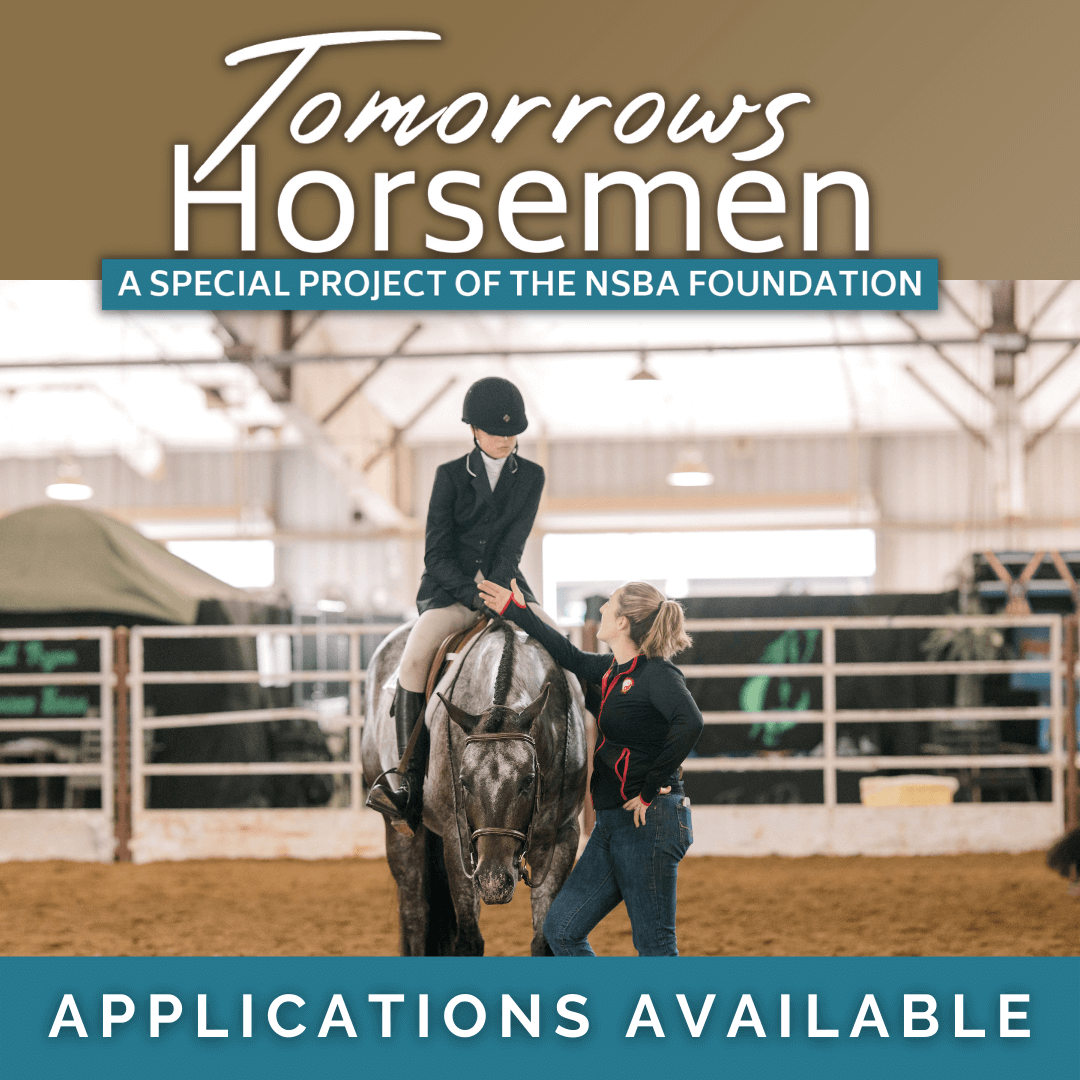 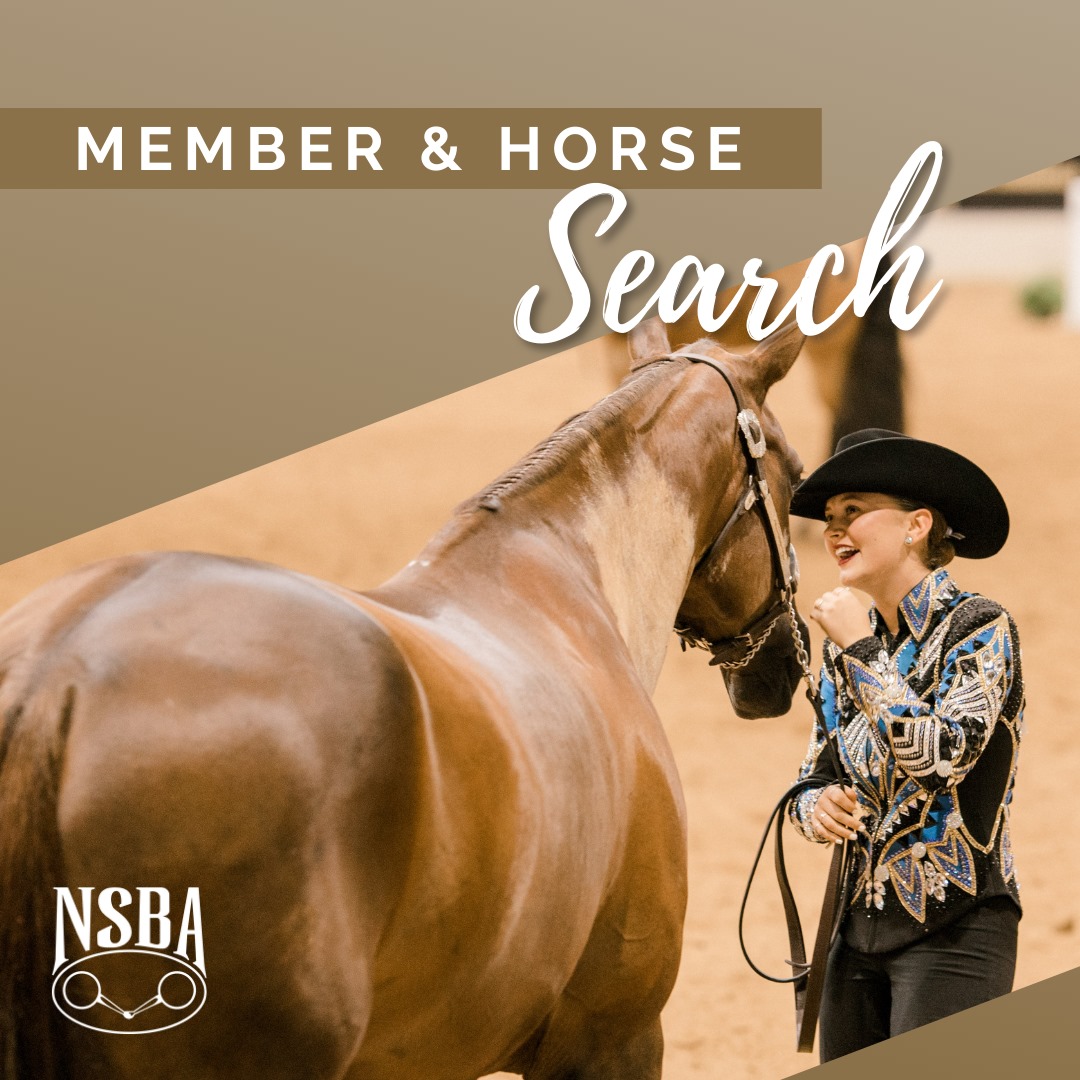 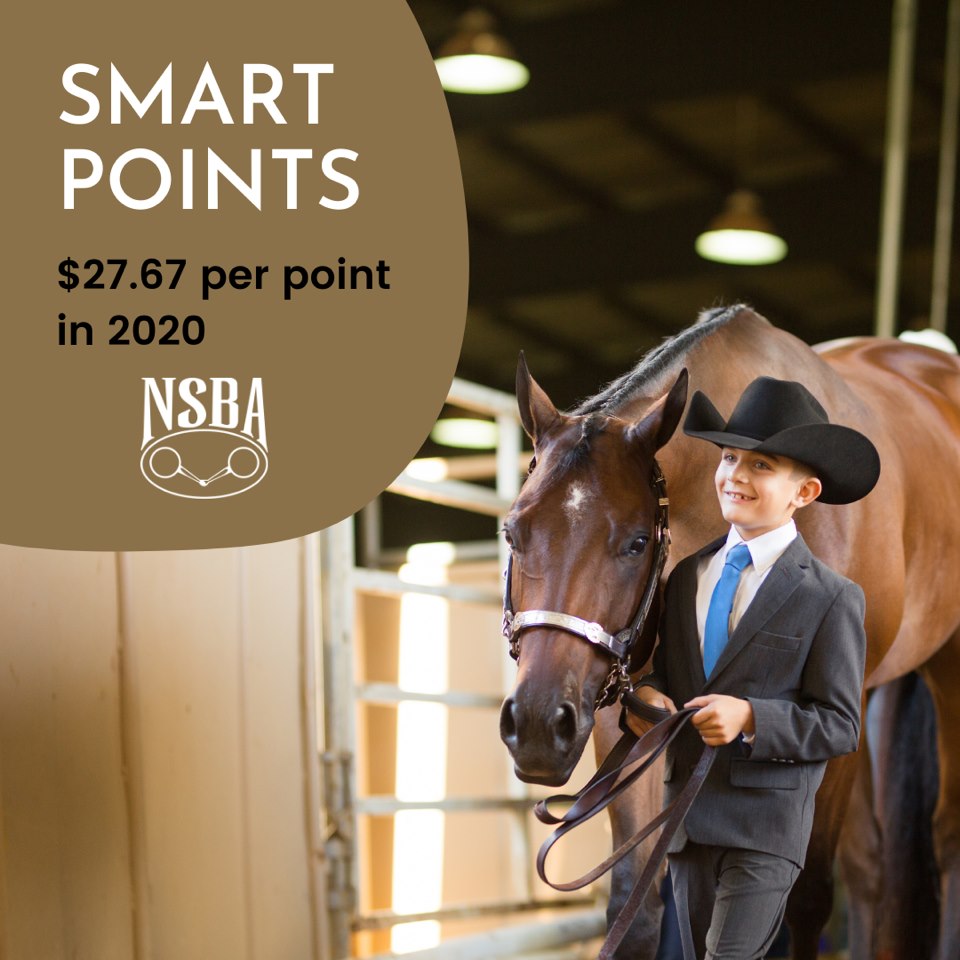 On Wednesday at the Congress, one exhibitor earned her very first two Congress championship, another one his first Congress futurity win, and an assistant trainer became a Congress champion as well, and some veteran exhibitors added to their accolades throughout the day.

Jamie English was a little bit emotional following her win Junior Hunter Under Saddle aboard Al Be Bleu. “This was a really long time coming,” she noted. Jamie not only won her first Congress title, but she went on to win two such titles in one day.

She showed ‘Elwood’ for owner Tali Terlizzi. Al Be Bleu, by Allocate Your Assets and out of a Skys Blue Boy mare, is five years old. He has been under the guidance of Jamie and Jason English for the past two years.

“He takes such a big stride, that it’s a little challenging to show in a smaller pen,” Jamie said. “He was so much fun to show today. You just put him in a spot and he just does the rest. He has so much natural ability.”

Jamie has taken the lead in Elwood’s show career in recent months. “He’s kind of a trainer’s show horse, because he’s a very strong horse,” Jamie said. “Tali enjoys getting to watch him show, so it works out. We will be showing him in the Open Senior and Maturity events next year.”

Jamie and Elwood returned to win the Maturity Open Hunter Under Saddle Stakes, Limited division, later in the day

Houston Huff has been on a roll with Battarang. He won the Limited division of the $10,000 Limited Horse Open Western Pleasure at the Tom Powers, the NSBA World Championship Show, and again at the Congress.

Houston noted that Battarang had quite a bit of time off leading up to the Congress. “I had come over for the Ranch Riding classes so my pleasure horses weren’t being ridden at home,” Houston said. “But he has just been getting more and more solid as the year went on.”

Two familiar faces, one human, one equine, stood at the top of the placings in Senior Hunter Under Saddle when Scott Jones piloted Couture Blue Genes to the win.

“He is my all time favorite horse, and I’ve ridden some really nice horses,” Scott said. “We skipped the NSBA World Show and chose to come here instead, and I’m so glad we did.”

Scott showed for owner Kristen Atchley, who was on a plane and unable to watch the class, so former owner Debbie Hodde stood in for his photos. “Scott is my best friend, and to watch him show a horse I raised was just beyond words,” Debbie said.

“I had shown in the Maturity Hunter Under Saddle and I rode it more conservatively,” Scott said. “In the Senior, I decided to step up the pace and move on out, and I really worked on our trot and it worked out really well. I can’t thank Kristen, Debbie and Beth Case for letting this horse come to me. I know it was really hard for Beth to let him go, and I have big shoes to fill.”

Shawn Johnson and trainer Kenny Lakins know how to pick horse shows for Shawn’s mare, Lazy Holla Dayz, or Stella. "We only show her at four or five shows a year," Shawn said. "This year we were champions in the Limited Non-Pro Maturity at the Tom Powers, the NSBA World Show and now the Congress."

The nine year old mare is by Lazy Loper and out of Im On Holiday. "We've had her in the breeding shed this spring too, flushing embryos, so she was busy," Shawn said. "She has a two year old by RL Best Of Sudden and a weanling by RL Best of Sudden also, and she's bred to VS Code Red for 2022."

Shawn and Stella had a great go in the Limited division of the Non-Pro Western Pleasure Maturity. "She was very soft and locked in really well for the class. Kenny and Ashley had her prepared perfectly. I think she is the last one left showing from her Masters class as a two year old, and that says a lot about our training program."

Two more familiar faces were at the head of the line in Senior Western Pleasure when Aaron Moses showed KM Suddenly So Easy to the win for 3Gs Partnership.

“I’ve only had her since last fall, so Penelope and I are still getting to know each other,” Aaron said. “I’ve had her on and off since this time last year. She was really good in the class today. She shows with a lot of expression, and I was able to show her both on and off the rail.”

The trio of Kristen Galyean, Aaron and Penelope also had a successful show at the Championship Show in Ocala before coming to Columbus.

In a class for three year old graduates of the Congress Super Sale, two riders topped the list and the money earnings when the class was completed. Cole Baker showed Scandaless to win the Open division of the class for owner Marcie McLendon, earning $11,551.25 for the win.

“Her barn name is Diana,” Cole said. “Mark Hall bought her in the Super Sale, and we bought her last fall. She’s just a beautiful mare and was good from the get-go when we started her. We took our time with her, and things just really came together for her. She’s probably been shown four or five times before we came here.”

Cole was pleased with her performance in the class. “She’s a very brave horse,” he said. “We trotted in as the first horse, and you just never have to worry about her looking around, she’s very focused. All of her gaits were great, and she extended out really nice on the extended jog. She likes to lope slow too.”

Dianna will become Marcie’s next Maturity and Select Western Pleasure horse in 2022.

Christina Brantner Shows With The Boss and Wins Limited Division

Christina Brantner works for trainer Randy Wilson, and she earned her first Congress futurity championship showing in the same class with her boss. Christina showed Moola for owner Chelsea Seegert.

“We call him ‘Little Meatball,’” Christina said. “He’s really a ham. Chelsea has had him since Memorial Day, and I’ve got to work with him for the past four or five weeks. Randy has helped me with him. He was really fun to show today, because he came out and put his game face on.”